I am distressed, depressed, and just plain appalled at Britain. This insanity could happen here. It matters if you vote, and whether any of us like it or not, it matters that you vote for Hillary, because any other vote, or not voting at all, is just guaranteeing Trump getting in. Are we really so ignorant and xenophobic and homophobic and racist that we would choose a ignorant, narcissistic buffoon to lead our country? Unfortunately, I’m being to think we really, really are. OMG

If you’re not concerned about what is happening in the world today, well, you are going to richly deserve what happens while you stand by and do nothing.

I just am stunned.

Haven’t done this in a while.

1. Do you like smiling? I really do
2. Would you call yourself a happy or solemn individual? Happy
3. What was that last thing that made you smile or laugh? Kitten video on Tumblr
4. Do you believe that laughter is the best medicine? It’s not as good as pain meds that actually work, but it’s a close second.
5. Are you smiling now? It’s weird, but as soon as I read this question, yes, I am smiling. Why it makes me smile, I don’t know.

Been great weather. Really great. Best summer ever, so far. Went out Wednesday to Whole Foods, had fun, massive pain yesterday, with leftover pain today, but better. If I could conquer pain, I could conquer anything. I am missing my Traci mightily. See texted that she may come over this afternoon, but we’ll see how that goes. I’ve said, it is very hard to go back to your old work as anyone other than someone who worked there. The transition from work place to friend’s house is a difficult one. I’ve had other homemakers who promised to stay friends, but there’s a psychological thing there that is really hard to get past. But anyway. Hoping to Get Things Done today. Called maintenance, too, because the sink sprayer has been busted for well over a year, and the bathroom light finally gave up limping on and just gave it up altogether. As far as fixing the frig so the freezer actually works (It maintains a steady 15 degrees F right now.) and changing the central air filters, well, I seriously doubt that’s ever going to happen. Please somebody, find me a decent, affordable place to live, and come and move me. Please?

Except for one hot and sticky day, it has been very, very cool. Heavy shirt, sweater, heavier blanket cool. The wind has been from the North or Northwest nearly every day, and blowing quite strongly a lot of those days. This is like summer heaven. Hot tea and blankets in June. I am loving it. I love my Wunderground weather app, btw.

Been doing pretty well. Went out yesterday and sat on my fav bench. Took some pictures of the clouds, which were very interesting, I thought. Then today, I went across to the park where they were having Strawberry Festival Day. One booth had strawberries. Oh, well. But I talked to some interesting people, bought some hot sauce (yum), saw some cute one and two-month old chickens, and got a couple of informational flyers. Short outing, but fun.

Mare’s tails predict storms. Seems they were pretty accurate, since it is raining right now. I thought it was interesting that they were in different directions, and that one is curved, like it changed it’s mind mid trip or something. Sky was really pretty. They finished the road work that has been going on all night every night for the past three nights. I think they did not want to work last night, so finished up yesterday morning. All done by the time I went out. They were trying to not impact the downtown businesses too much, also. Said businesses took a major hit during and after the fire we had a couple years ago. See posts from January 2014.

Back home trying to create an Amazon order. What is with the stupid Pantry Box? I just want to order some Tom’s of Maine Toothpaste, not create a Pantry Box. What the heck? Emailed them about it, so will see what they have to say.

Ordered from the new Chinese Restaurant yesterday. Why can’t you get decent Chinese food in New England? It’s all the same bland, sweet and sticky sauce, boring food. I read a lot of fan fiction by Brits, and they get all sorts of Chinese food I’ve never even heard of, let alone seen on a menu. It is very different from the Chinese food we got in Colorado, too. No sweet, sticky, pink sauce and breaded chicken fingers there, but real sweet and sour chicken, with veg and sweet/tangy NOT PINK sauce. Why can’t I get that here? I can make it myself, but cooking and I have some issues.

New homemaker seems to be working out, although she did not come yesterday. Apparently she had an appointment in Worcester (might have mentioned it) and her work kept calling to tell me she was going to be late, then it seemed she wouldn’t arrive til 5pm or so, so I just said to forget it. And why call her work and have them call me? Seems very inefficient. I would rather speak directly to her and figure things out without an intermediary. But it’s a new agency, and there will be adjustments. I can deal.

Here are the pictures I took yesterday. It is cool, gray, and raining this afternoon. Probably rained out the end of the Strawberry Festival. Glad I went this morning. 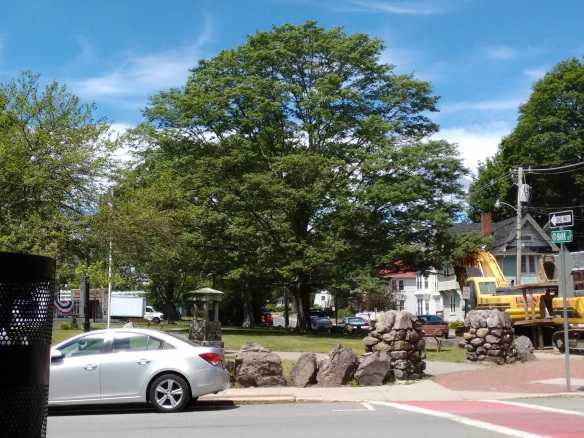 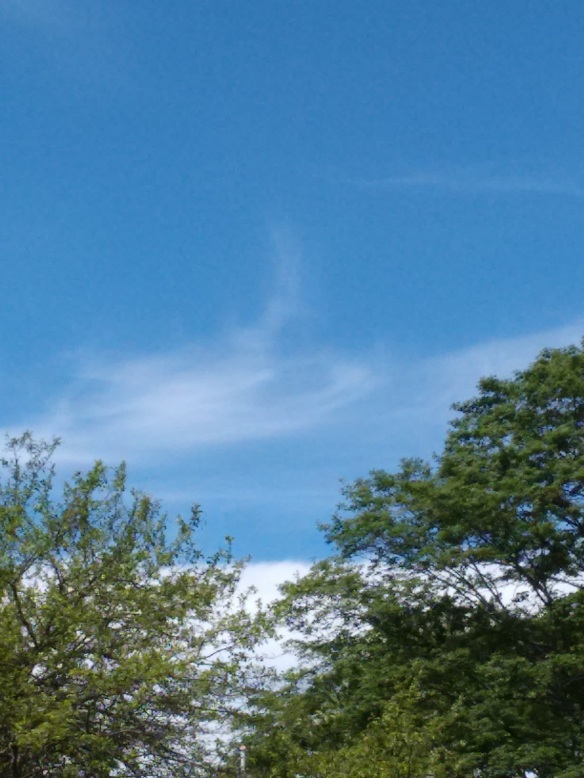 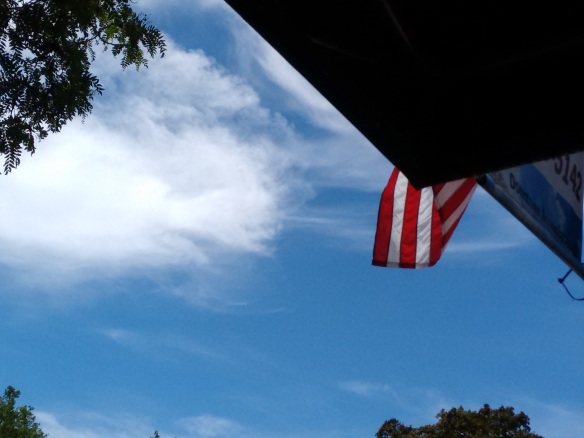 Having a really good day. Especially after yesterday. Oh, crap. Luscious smell of meat on the grill just came wafting through my window. So not fair. Anyway, emailed DD yesterday to see if she could some down sometime and lend a hand. Emailed right back, “On my way”. Oh, I am so keeping her. She did what needed doing, and we even rearranged the living room a tiny bit to make it more convenient for me. Late yesterday, my caseworker called to say she found an agency, and they called today to set up days and times which are excellent for me, it turns out. New person starts Friday. Meanwhile, today, I am messing about on laptop, and trying to read some things on here, but keep jumping up to tweak something here or something there. Move a lamp, clean out Gertrude’s toy box, here, there, everywhere like a butterfly flitting about. Have to sit down in between each thing, but it’s been awhile since flitting was even on, and I am really enjoying it. Yesterday-crap day with anger and feeling abandoned, today-great day with Getting Things Done. It’s all good, people. It’s all good.