― J.A. Redmerski, The Edge of Never

Could this be us? 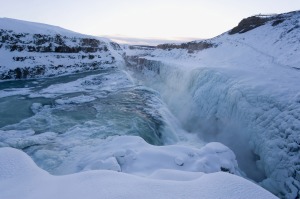 We are gearing up for the apocalypse, is you listen to any news program anywhere. It is going to snow. Snow happens. It is winter, don’t you know? Good grief, you’d think nothing this bad has ever happened in the history of history. OR reason ten billion why watching the news is a really, really bad idea.

I am better. Not great, I will never be great again, healthwise, but much better than I have been. So have to see the doctor before he will represcribe the medicine that actually works, instead of the zillions I’ve had before that didn’t. Yes, I am grouchy. But better. Getting things done here and there. Small things, but still…. Yay, me.

Or not. It’s not, actually. Been going well, that is. After becoming just a mass of pain and virtually non-functioning, I have gone back on the Prednisone. Started Sunday, and am actually somewhat better. Less pain, more function, not sleeping most of the time. It keeps getting harder, though. Harder to cope, harder to manage, harder to just be alone all the time. Sometimes it just seems as if there is no point to anything. I’d really like to be somewhere there was someone who cared about me, but that place does not exist. Oh, well.

I’ve been blogging for eight years, and I just passed 20 followers.  I am on a roll.  Poppyseed, I think. ☺

on a blog I came across, wherein the blogger hates ‘liberals’ because some people have found justification for the horror going on in France right now. Blaming the victims, as it were. This bothered me, so I felt the need to express my view. I am posting it here because I’d like to know what other people think of what I said. I have my opinions about things, but sometimes I wonder if I am completely off the mark or right on. I think it’s easy to get into a certain mindset and not be able to see where you have gone wrong, something I frequently think has happened to people who watch Fox News. So anyone? Opinions, people?

Here’s what I said:

Do you not think that condemning an entire group based on the remarks of some is part of the problem? Liberals? I consider myself a liberal, and I am appalled at what is going on in France. I am appalled by anyone killing anyone in the name of whatever today’s cause may be. Wouldn’t ‘ignorant’ be a better name for those who see justification in killing for any reason? Uneducated? Misinformed? Even ‘brainwashed’ (probably by Fox News) could apply. Or maybe just ‘stupid’?

Unfortunately, we cannot go back to the days when everyone lived in a country that fostered their own values. People are mobile. We are all way behind in figuring out how to mix cultures peacefully, instead we call names, and group people into categories, and discriminate against those who are different, and we also, unfortunately, move into a new country and expect the citizenry in it to conform to our old country’s mores, rather than learning to tolerate and adapt to those of our new country. Seems to me that expecting a new country to instead adapt to your culture is just another way of invading and taking over, things humanity has been doing since we developed brains, apparently. I don’t know how to fix things, but contributing to the problem by condemning an entire group based on the actions of some, seems not to be the way to go

I saw on the news that the brothers involved have said they want to die as martyrs.  So they can go to heaven and have access to a lot of virgins, if I understand Muslim martyrdom correctly.  So it’s really all about getting some?  Seriously?  Here’s another good quote from Salman Rushdie that I came across in the blogs:

“I stand with Charlie Hebdo, as we all must, to defend the art of satire, which has always been a force for liberty and against tyranny, dishonesty and stupidity. ‘Respect for religion’ has become a code phrase meaning ‘fear of religion’. Religions, like all other ideas, deserve criticism, satire, and, yes, our fearless disrespect.” 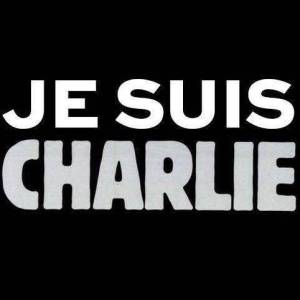 I’ve wanted to post about this all day, but I’ve just been so angry, I can’t really find the words. Right now, jury selection is ongoing for the Boston Bomber trial. Relative to this, I was recently discussing with a friend the whole terrorism model. I don’t get it. How did killing people out for a fun day running or watching the Boston Marathon fix any of the problems in the Middle East? How did murdering what, eleven people, in cold blood in France help the Islamic cause? Did either of these acts make us feel sympathetic towards their cause? I don’t think so. Did it magically fix the problems? No. So what is the point? I do not understand how anyone can think that indiscriminately murdering and maiming innocent people helps their cause in any way. What kind of human being can do such a thing and think it is the right thing to do? How can you be that twisted? I despair for my species more and more as time goes on. Some of us make me ashamed to be human.

About making “Twelve Years A Slave”: ‘These days America’s changed. Black people can be anything they want to be, as long as it’s President or….shot.’
Quote starts 8:57. 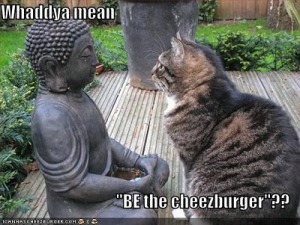