Here’s a little something I found on Tumblr:

Going by this, minimum wage should be 35.00 an hour, with benefits. Ha!

This is from my local news station. Lovely story about kids standing up for one being bullied. Can’t seem to embed it so here’s the link:

Came across this quote here:

“If by a ‘Liberal’ they mean someone who looks ahead and not behind, someone who welcomes new ideas without rigid reactions, someone who cares about the welfare of the people-their health, their housing, their schools, their jobs, their civil rights and their civil liberties–someone who believes we can break through the stalemate and suspicions that grip us in our policies abroad, if that is what they mean by a ‘Liberal,’ then I’m proud to say I’m a ‘Liberal.'”

It’s because shit like this makes me furious at the injustice that goes on, and I feel helpless to do anything about it.  At least spreading the word about it makes me feel like I’m at least trying to make a difference.  Wouldn’t it be great if stores did their Thanksgiving opening crap and NO ONE came?True, the workers would still get screwed, but maybe next year stores would rethink this horrible idea.  What do you need so badly that you can’t get it any other day before Christmas?  Seriously?  Anyway, here’s another article about the high moral standards and integrity of Walmart.

Time and a Half? I Guess Not.

I sign because there isn’t a lot else I can do, but sometimes I think that signing petitions is useless.  Turns out I am mistaken.

Aside from it driving small businesses OUT of business, forcing quality to fall in order for manufacturers and other providers to lower their price to Walmart, forcing those second-party employers to cut workers. Full Disclosure: I now have a friend who does shop there, and I do now and then have her buy me a bottle of allergy pills because she’s going anyway and I am running out. My bad.  Anyway, here’s the video, which mentions the cost of low wages to taxpayers: 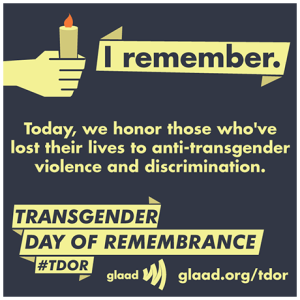 I read that the idea here is that if work isn’t like this, why should school be. Unfortunately, schools are a lot more tolerant of this that work would ever be. Makes me sick to see this, though.