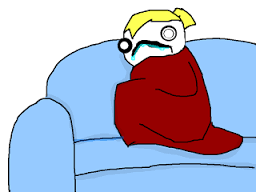 Do you really want to read a post where all I do is moan and groan?  Can’t sleep, pain, pain, pain, and more pain.  Why?  No idea?  Getting worse every day.  Where’s the upside?  Can’t see one right now.

Did get a new homemaker, since last one quit.  That’s five homemakers, including fill-ins, since Traci quit at the end of May.  One a month, on average.  You really need to be able to adapt well to change, and new people, when you are ill.

Plugged in my tv to see if I coud get my Roku to work.  HA!  Freezes up every time I turn it on.  Unplug, leave it, plug in, starts up fine, freezes.  Stupid Roku.  Does anyone else have this problem?  This is my second Roku, and neither one has consistently just worked.

Does anyone out there know how to just get internet for a reasonable price.  I think I’ve said, I have a double play with Comcast, cable and internet.  If I drop cable, internet goes up and instead of my overall bill going up ten dollars a year, it will go up 20 dollars a year.  Deregulation.  It’s a good thing if you’re a corporation, but not so much if you’re just a regular person trying to get by on limited funds.  What is the alternative?  I can’t see one.  I keep reading about people dropping cable, but no one mentions the fact that you need the cable company to get internet.  I think my country, the US, is rigged against me.

See how whiney I can be when I feel like I’ve been run over by two semi’s?  Pretty whiney.  Going to go lie down now.  BTW, do you know how hard it is to find a good image for feeling like you’ve been run over by two semi’s?  Pretty darn hard.  Found this while searching, and yes, been there, done that, with pretty much everyone I though I mattered to: