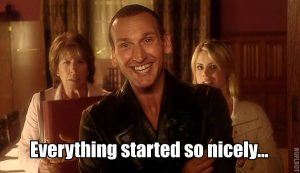 How incredibly sad and disturbing it is to even think that this is being taken seriously? What does this say about us that this could even be a real thing that people are considering? Another celebirty with absolutely no experience in anything involved in running a country, looking after it’s citizens with intelligence and compassion, understanding the issues, anything? But hey, I’ve seen him on tv a zillion times, so it’s almost like I know him. Right? Wrong!

Where on earth have the thinking, reasoning, working-brains here, Americans gone? What happened here? Too much mindless, contestant-driven tv? Not everything is meant to have a winner and a loser, or stupid tricks and lies and manipulations to stay on the island. This is real life, and real lives are being lost or destroyed due to the actions of this person so many seem to be worshiping.

Did you think a man who has gone bankrupt many times, is noted for his immoral behavior, has had several wives, is clearly not the sharpest tack in the box, who is ALL about the greed, you really thought he would be a good choice to lead the free world, let alone us? Where are you? In some form of la-la land, obviously, where nothing is real and it will all be fixed by the next commercial. Only there are no commercials in real life, and people die when you don’t have the least idea how to manage during a pandemic. You do know he shut down most of the agencies that would be dealing with this and keeping your ass alive, before the pandemic even started.

Every day, I am more and more stunned by the things I see and read, and the absolute dereliction of any form of intelligence my country has exhibited. Willful ignorance. ‘I want this to be over and everything to be normal, the orange man says it is, so I choose to believe him rather than my own eyes.’

I truly am at a loss to understand what is happening here. How did people become enthralled to the orange man, and so willingly join his cult and abandon all reason in the process? This is scarier than an virus.