I am avoiding social media as much as possible.  Last time I was on any of it was day before yesterday.  I just don’t want to know yet.  I am, however, attempting to watch ‘Before the Flood’, the Leonardo DiCaprio/Fisher Stevens film about global warming.  Don’t think I’m going to get through it, because it is too depressing.  One thing that struck me right off was this quote from a clip of Sean Hannity on Fox News:

“Who better to educate world leaders on made-up climate change in a crisis that doesn’t exist, than an actor from Hollywood with zero years of scientific training?”

Does anyone notice that an equally un-scientifically trained paid shill for Rupert Murdoch and the Right Wing just declared as fact that climate change  is made up and the crisis does not exist?  But when he says it, it’s fact, when Leonardo or anyone else says the opposite, it’s fallacy.  Does no one pay attention?  People just believe whatever Fox News tells them, and no one questions anything?  Apparently so.  To quote George Carlin, “…question everything.”

I am as pessimistic as DiCaprio says he is for the future of my species.  Unfortunately, I was not gifted with magic powers so cannot wave a wand and kick-start people’s brains into actually working.  BTW, I love Fisher Stevens.  No one mentions his name in talking about this movie, although he is the film maker.  Here’s the link:  http://channel.nationalgeographic.com/before-the-flood/videos/before-the-flood/

Don’t remember if I mentioned a fuse blew Sunday night, meaning the dishwasher and several kitchen plugs and one living room plug are not working.  Breaker switch did nothing, so landlord is sending an electrician, who can’t come til tomorrow afternoon.  I have moved things so I can use the toaster oven and my favorite thing ever, my electric kettle (is it possible to fall in love with an inanimate object, because I think I am in love with my kettle), and have lighting to read by on the couch.  There are dishes needing to be washed in the dishwasher, but I cannot really wash more than the odd dish now and then, especially since I tore my rotater cuff, not to mention the OMG pain when I stand for more than literally one or two minutes.

Have the windows open, but will need to close them soon, as it’s warm outside, but very thick brick walls keep it from getting in here.  My apartment is like the ocean.  It takes a few  weeks for it to warm up once summer hits, and a few weeks to cool down in the colder months.  It’s the brick.  I just figured that out recently, even though I’ve lived here for sixteen years, because I can’t think of everything.  Come on, people.  LOL

Took a carbon footprint test from here:  http://www.carbotax.org/.   My score is 7.2, I think because I can’t recycle here.  I’d like it to be lower, but there’s only so much I can do.  I really don’t think it matters, actually, because we have already messed the planet up so much, I think we have passed the Rubicon, the point of no return.  I am a cynic, I know, but if you pay attention at all, you have to at least be a little pessimistic.

Please, if you haven’t voted, it’s not too late.  It matters.  I was trying to think of a good analogy the other day, but I could only come up with different-colored sheep.  Say there are ten green sheep, who are all timid and fearful of everything, and filled with hate.  They each and every one follow their leader without question.  There are fifteen purple sheep, each of whom feel free to wander and search out and decide issues for themselves.  There is a prize, which both sides are vying for.  All ten green sheep follow their leader for the prize, and 6 of the purple sheep go off on their own and abandon their team.  Majority wins the prize, and guess who has the majority?  The green sheep.  If even two of those six independent sheep had stuck with the plan, they would have easily won, and their continued freedom of choice would be pretty much guaranteed.  But they didn’t.  God, that is the worst analogy in the history of analogies, but I don’t know how else to try to make the point.  I have spoken out and reblogged relevant posts on Tumbler, and Tweeted, and Facebooked, and tried other ways to make myself clear, but by tonight, it won’t matter anyway.  It will be done.  And if you didn’t vote, or you were one of those who wandered off and took your own path, we will all suffer the consequences, because orange gas-bag man will be running your country and taking away any freedom of choice you may have fought for and thought you’d won in the past.  It will all be gone.  So please vote.  Right now I have to go pack for when I call down the mothership or emigrate to Canada, in case this all goes to hell today. 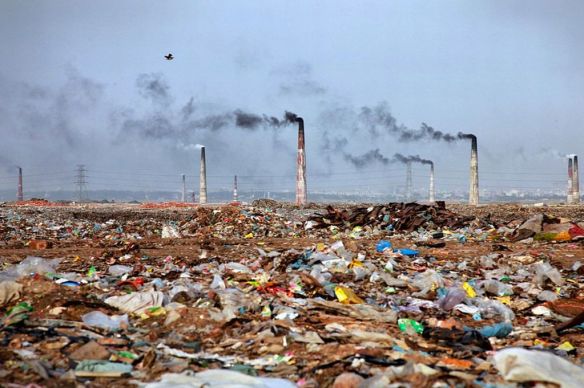 8 thoughts on “The World Today”