If a famous person and a not-famous person commit the same wrong, should the punishment be different for the famous person, as in not as severe, because the consequences in general will be worse for them? Hit to their career, bad publicity, etc. Shouldn’t the consequences be relative? If I am famous, the consequences are greater because I am famous. They are less if I am not, because I have less out there to be impacted. I just had a discussion/argument with someone who seems to think that the famous should receive less punishment from the law because the other consequences will be greater than for the not-famous person. Shouldn’t we all be treated the same? No, because we are not the same. Our circumstances are different. I am having trouble wrapping my head around this attitude, because consequences are just that, consequences. If yours are greater than mine, it’s because you had more to lose in the first place. Am I making sense at all? If you’re famous, you have more to lose, and losing some of it is part of the consequences of your action. You should not be treated differently because of it, should you? This is one of those arguments that just boggle my mind. If one murderer is old and debilitated, they should receive a lighter punishment because they will suffer more in prison than someone who is young and healthy. Well, maybe they should have thought of that before they did whatever it was that got them sent to prison in the first place. Right?

This came about because of a blog post about Oscar Pistorius, which I kind of didn’t understand the point that was trying to be made, so asked someone their opinion of the issue. It is, however, a really good blog.

THE TRUTH SHALL SET YOU FREE

Would you cover for a friend who did something wrong? By covering for that person, allowing him/her to avoid the consequences of their actions, doesn’t that kind of make them think that they can avoid the consequences of more serious actions? Depending on the severity of whatever they did, I might not pick up the phone and turn them in, but if asked outright, would I lie for them?

I apply this principle to my children. I will love them no matter what, but if they do something wrong, I will not lie for them, and may possibly turn them in, because they need to learn that there are consequences, and if you do something wrong, you will suffer those consequences. Shouldn’t that apply to everyone, regardless of their station in life? Rich, poor, famous, unknown. If you have more to lose isn’t the problem of anyone but the person who committed the act. Or it shouldn’t be, I think. I’m really interested to hear what other people think about this issue, because I am truly stunned by the opinion of the person I discussed this with. 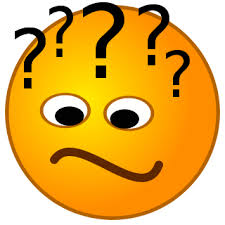 Kind of in the same frame, I think, someone said to me a while back that if the prisoners at Guantanamo want to go on a hunger strike, then they should just die from it. Because just the fact that they are there means they are guilty. This person also thinks that if you haven’t got anything to hide, it’s okay for the government to spy on you, and that most of the poor are just abusing the system, and are not really in need. This comes of listening to too much Doctor Laura, I think, although I’ve never listened to her myself, so can’t really say that this is the kind of thing she spouts. I just know this person listens to her all the time. Or did, anyway.

Is it just me? Am I the one with the backward way of looking at things? Is it true that people are poor and needy because they are just lazy, worthless gits? Are the rich and famous entitled to more and better purely because they are rich and famous, regardless of why or how they got to be those things? I wish I’d just stayed in bed today, actually.

9 thoughts on “A Puzzlement”